I Wish I Was Straight

Everyone has pieces of their life that they wish they could change. However, I’m here to talk about my experiences in interacting with a minority of the population

I identify as bisexual, which initially gave me plenty of confrontation and hardships, but there have also been moments when I truly felt like myself, especially at this point in my life. I was in middle school, seventh grade, and I came out to my closest friends since kindergarten. One of them was strict Roman Catholic, and the other was too shy to act on her own regard, so she followed the other girl’s opinions and reactions. Suffice to say, I lost my only two friends pretty quickly. It only took two weeks of loneliness and hatred for me to go crawling back and proclaiming I was straight. Not only did I get my friends back, I convinced myself absolutely that I was straight, for the next five years. Five years is a long time of telling yourself that every stray thought, every lingering attraction to another woman was equal to eternal loneliness. It wasn’t until one of my friends since freshman year of high school came out to me as bisexual, absolutely terrified of my response. I finally realized that it might really be okay. All because I didn’t think about my friend any differently, and absolutely nothing had changed between us except for the fact that she was way more confident in herself around me than she ever was before.

At this point in my life, I began to question my sexuality again. I already knew by then that I was attracted to men, but was my attraction to women actually real? Was it really okay? It was a tentative process, and took over a year for me to not hate myself, and to accept that who I am is okay. I realized while some people may think we’re an entirely different species that should be eradicated, they are not better than me, and I am not better than them.

Now let’s skip ahead to my freshman year of college. I came out to my twin sister in October, on National Coming Out Day, and I came out to all of my friends, new and old. While I’ve lost some friends because of my identity, I’ve found even more who accept me for who I am. Although, I still can’t say things that most wouldn’t think twice about saying. For example, “you look so cute today!” or “I love you” – even though I mean it all platonically, it still makes some of my friends uncomfortable.

At times I feel equal to my peers, and not a separate species, especially when my friends make casual, normal comments. For example, I asked one of my friends how old they thought the girl working at the McDonalds was. She then gave her estimate, and asked, “Why, do you think she’s cute?” While I wasn’t romantically interested in the employee, I felt so validated and normal in that moment because it felt like just a casual, conversational thing to say, something I don’t hear very often.

Sometimes I wish I was straight, because I would have never had to fight myself for so long, I wouldn’t have lost some of the people I was closest to, and I wouldn’t have to face the prejudices that still circle strongly today. Being someone different from the majority has put me on a long journey, but how fun would life be if it was just a straight shot to happiness? 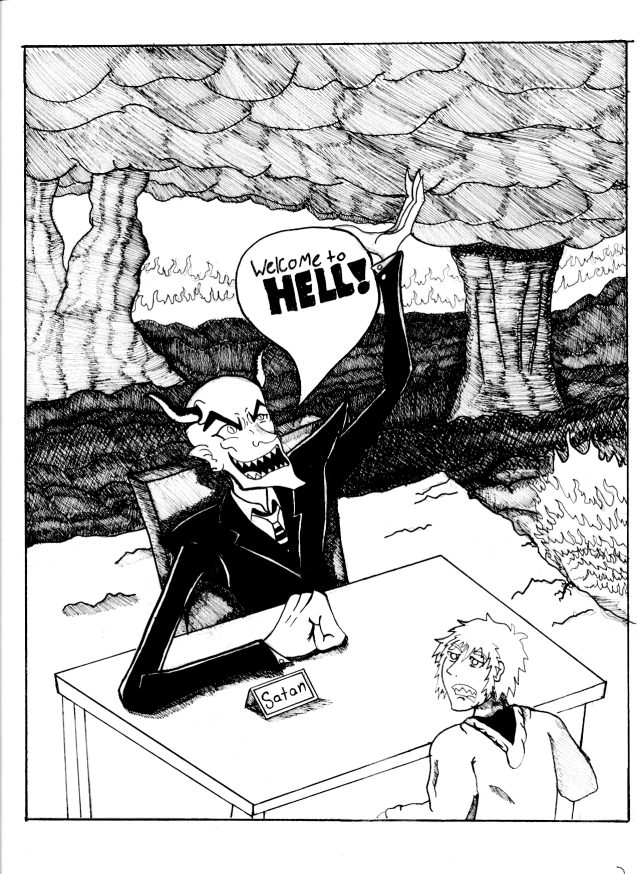