A Farewell & Thank You From the Desk of the Managing Editor 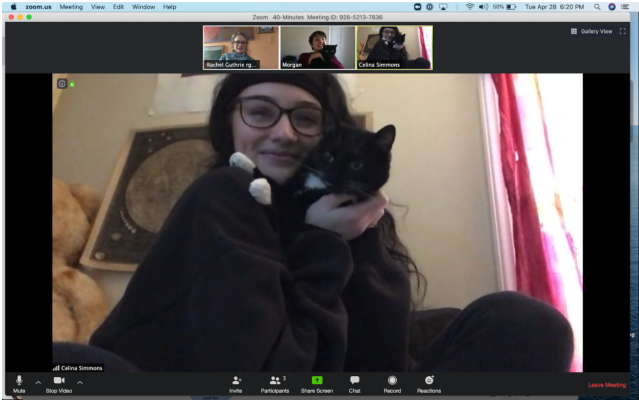 It’s crazy to think that my last semester at SMCC is coming to an end and even crazier to think of when the next time will be that I see all those familiar faces again. But those people aren’t just familiar faces anymore. They became pieces of a home I never realized I had until it was gone.

If you were to tell me two years ago that I would be where I am today, I would have laughed in your face. I could never have imagined myself being so capable of success. You see, I wasn’t wrong though. I, myself, am not capable of doing all of the things I’ve done since at SMCC. But what I never considered was the people that would help me along the way, the people who pushed me to not stop, and the people that saw how much I really am capable of before I ever could.

My first semester was admittedly the hardest for me. I moved from a different state and started in the Spring when everyone already knew each other from the previous semester. I had an ill mindset and crippling self-doubt that kept me locked in my dorm room nearly every day. I was scared shitless and all I wanted to do was go to class, get a degree, and go everywhere and anywhere that was nowhere near. So I went to class.

Little did I know, that semester was one of the most pivotal points in my life. I could’ve easily let myself go, fallen back into old habits and toxic behavior. But I came across a poster to join the student newspaper and with intentions set on journalism, it seemed fitting. I went to a meeting, sat quietly at the table, and tried to make sense of everything that was being said. In my defense, Chuck talks fast. But then he turned to me and asked what I wanted to write about, and the rest is history.

I feel so incredibly blessed with all of the amazing people I met through the Beacon and SMCC in general. For starters, Rachel and Chuck are our two faculty advisors for the Beacon and there are no words I could ever write that would begin to convey how much they have done for me or how much I appreciate them. As mentors, they’ve shown me what perseverance is. As advisors, they’ve given me some hard pills to swallow. And as people, they’ve proved survival. After plenty of laughs, life lessons, and many, many Production days later, I feel as though they have pushed me into becoming the person I am today: a leader.

I could go on and on, talking about the teachers and peers that have impacted me in similar ways, but I wouldn’t want to keep you here all day. Just know that even though we go to college to better ourselves, your success is not about you. Success grows from healthy soil and help, and the hardest lesson I had to learn at SMCC was how to accept that help from others.

I never felt more helpless than when I couldn’t ask for help and now, I may feel as though I am losing these pieces of home, but I will forever have and be grateful for the lessons they taught me. Thank you, SMCC, for the frightening, thrill-seeking, heart-warming, heart-wrenching, and unforgettable journey. Thank you to the Beacon for bringing such beautiful people into my life I will hold in my heart for years to come. From strangers, to familiar faces, to a home, and soon familiar faces yet again, you could never be a stranger to me anymore.