Why Your Vote Most Definitely Counts 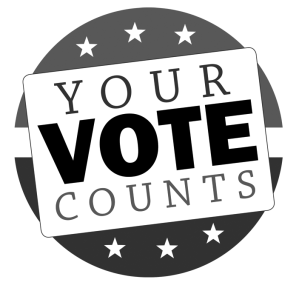 In July of 1776, the forces fighting for this great country achieved victory, and the United States of America was born. From that day until this, we have tried to create a land of freedom and liberties, a democracy where every individual citizen has a vote, and they can use that vote to make an impact on who is elected and how much money goes where. In a day and age when news authenticity is in question, differences between race, religion, and gender are at an all time high, and our President is shaming immigrants of all types – illegal or legal- I believe it is crucial that people realize how important their vote is. If we can change the perspective, and create some real momentum behind a voting awareness campaign, about the importance of every single last vote out there, including yours, perhaps maybe we could start taking the government back to the people.

I do not feel like the public is being accurately represented by the public officials that we have elected to positions in order to act upon our wishes and votes.  Instead they have created this perception that it is their government, and we just get to pay their salaries and bonuses while every once in a while they may consider what we have to say if they’re bored. Mostly however, they do not care what we want to happen, instead they have a list of corporate and private sponsors and donors that they have to do something for now that they are in a position of power.

I am sorry if this is a skeptic’s view of things, but I know that I am not the only one who thinks that this kind of stuff is going on all the time.  I do feel that we have some great public officials in Maine, and can be proud of their work and character.  That being said, we also elected Governor Paul LePage twice. I will just let that statement stand on its own, and we can hang our heads in shame and embarrassment.

If you are like me, then you try to vote and be serious about it, but it can be exhausting trying to get some accurate and somewhat unbiased information about the candidates and their policies.  I find that looking on the League of Women Voters website (http://www.lwvme.org/), I can make an educated summary for each of the candidates, as well as the ballot questions.  Once I have a basic outline of each candidate, what they stand for, and their major differences, I keep those notes with me if possible for a few days, and read into any potential winners in my eye that I am leaning towards giving my vote.  If I am learning of the candidates last minute however, I simply go through them three or four times while sorting out what I like and dislike, coming to a conclusion right there in my head, and voting accordingly.  This time when I vote, I am going to be the most prepared that I have ever been in any election.  I have broken down the choices many different ways, and gone over the material many times due to making posters and information pages for different SMCC organizations and clubs.  This has allowed me to not only familiarize myself with the material on each candidate, and each ballot question, but also the details that make up each one, and separate each one from the other. However, it does not take this amount of preparation in order to make an educated vote; all you need is 20 minutes to a half hour before you’re going to actually vote, and whether on your mobile device or desktop computer, go over the information given on the website (http://www.lwvme.org/) and “tada” – you are educated on all the issues on the ballot.