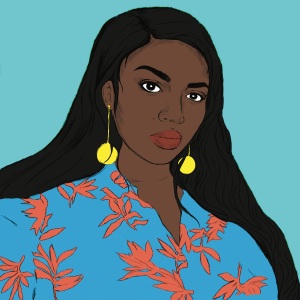 We live in a world of walls. A world of lines that are constructed, as if we could make the air into a color, a dotted chart, having the breeze blow a different story on one side than the other. The lines are very much real walls. Of metal, of barbed wire. We have spent most of our history creating these boundaries by filling in the richness of one culture over another. The impact of borders, nations, and war has sweeping ramifications. In keeping these fictitious walls, holding order in our countries, we have rules and regulations over who may enter.

The bureaucracy of immigration in the United States is a lengthy process. It also contains many racist avenues for keeping certain people out.

There is no singular immigrant story. Likewise, there are different reasons for immigration. Many immigrants are refugees. A refugee is someone who “has been forced to leave their country in order to escape war, persecution, or natural disaster” according to Google’s dictionary. In arriving to a new country, they seek asylum. Asylum guarantees protection to live and work in the country, and not be deported.

The canonical myth of the United States is that it is a land of opportunity ties into the myth that we’re all immigrants. The arrival of Europeans to the Americas doesn’t start with immigration. Europeans came to the Americas as colonizers, seizing the land for themselves, and their empires at home. As Indigenous populations were forcibly removed, relocated, or killed, more Europeans arrived at the colonies to take their place.

With these settlers setting up new cities and colonies, millions of kidnapped Africans were brought to be used as slaves. As the United States continued to grow, immigrants came to the United States from various countries around the world. The Merriam-Webster dictionary states an immigrant is “a person who comes to live permanently in a foreign country,” and there is usually a level of agency involved. The immigrant is choosing to move to a different country. When a refugee seeks asylum, they must prove their life would be in danger if they were to be deported back to their country of origin. Asylum officers are in charge of deciding whether or not an asylee is in danger of being deported. If the asylee is deemed to have a credible fear of persecution or torture, the individual is referred to an immigration court.

Once granted asylum, the individual may apply to live in the United States permanently, receive certain benefits, and be reunited with their family members. Typically, an individual has one year to seek asylum once in the United States. Missing this one-year deadline is typically the sole reason the government denies an asylum application. On top of that, this deadline is not always given with adequate notice, and can be severely backlogged.

The process for asylum itself can take years. As of March 2018, there were more than 318,000 affirmative asylum applications pending with the U.S. Citizenship and Immigration Services (USCIS).

One major hurdle is that asylum seekers can only apply to work after their case has been pending for 150 days.

I talked to Feza Mitima, a friend and fellow classmate, about some of the issues asylum seekers face after their application is approved, or still in limbo. Lots of families and individuals seek out homeless shelters in order to find temporary safety and guidance. Once at shelters, they are given information on how to proceed.

Not only is an asylee denied work for at least 150 days, but their educational degrees don’t carry over in the United States. Feza told me that her single mother had to take the GED, while working for minimum wage and being a full-time mom, in addition to saving for the cost of a green card. Some of this financial weight was lifted by governmental assistance programs such as food stamps and subsidized housing.

Deportation still looms as a potential threat to green card holders and asylum seekers. Breaking the law may result in deportation to the country of origin. Not only are these applications a lengthy process with much uncertainty, but asylum seekers are typically marginalized populations and at great risk for violence. Many carry the trauma from their original country. Movement of peoples is found throughout history. Often, it is in response to the shock and horror of famine and war. This remains true today. Borders are an invisible painting. Whether we are receiving people by boat, plane, or land, we should be able to provide assistance and aid, past customs, languages, and paperwork. We’re all sharing this planet. While our personal stories shouldn’t be overlooked or bypassed, we are united in the expressions of joy and suffering.