From the Tech Talk Archives: How I Became a GEEK 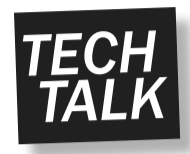 For numerous years, the Beacon has run a Tech Talk column, for which Howard
Burpee’s Senior Seminar Class in Computer Technology would write the columns. Professor Burpee retired last spring and our source of Tech Talk columns dried out as well. As the Beacon wanted to keep Tech Talk alive, we have gone back into our email archives and are now running columns we couldn’t when we received them initially, because… well we simple received too many at times. Please enjoy the, “From the Tech Talk Archives” as it runs throughout the semester.

Before attending SMCC, I was intimidated by today’s technology. I grew up with Atari’s
then the Nintendo gaming systems. The only pc I used was an old Commodore 64. I had no idea between the differences of MAC’s and PC’s. I couldn’t tell you what a bit or byte was, let alone a VM.

Now after all the classes I’ve taken I’m hoping to get into the Tech industry and make a
career out of it. I can now maintain desktops, laptops, tablets, and cell phones. I’m pretty good at troubleshooting hardware and software issues. I know what a VM is, (Virtual Machine.) I can setup basic networks for SOHO (Small Office Home Office) environments.

The lessons that I’ve learned at SMCC and the skills that I acquired I can now take with
me into the work force. I know what it’s like setting up VM’s and having to configure the IP addresses so they work properly via the physical machine they are running through. I also know what it’s like to work and collaborate with others as a team to solve problems.

Communication is a big part of all of the above. If I didn’t ask questions or answer
questions asked, participate in classes, I wouldn’t have maximized the potential knowledge offered.

I’d like to say that it has been a long road with some bumps along the way. Regardless of
life’s challenges that I’ve had to deal with, I didn’t give up. Who ever you are, however old you are, regardless of what challenges you have to deal with, you can achieve your goals if you put your mind to it. Don’t be afraid of the bits and bytes that come along. They’ll usually update without you noticing. Things change; technology changes, people change. . .

SMCC and the Computer Tech department have helped me in more words than I have
room for. Not only am I able to network but I know how to setup Networks as well. I understand server’s and promoting them to a domain controller. I can set permissions on clients as well as myself within the network. I know what a login script is.

When I first heard some of the terms and acronyms, I was clueless, I still can’t quite
speak “geek,” but I can do the tasks required to keep my grades up and learn skills that are
sought after in our present time.
Had I not faced some of my own fears I would not be writing this. If I can do this; go
back to school later than the average student, anybody can. Keep on keeping on.

Jamie West was a member of the Information Technology Senior Seminar course and is
planning on a career in Networking.